As we have already heard today, New Zealand and India have much in common and we enjoy a long and warm relationship.Hon Todd McClay
Associate Minister of Trade

It is a pleasure to be there this afternoon.

As we have already heard today, New Zealand and India have much in common and we enjoy a long and warm relationship.

Our trade and investment relationship is one that builds on deeper foundations of history, language, people – and of course cricket.

And it is a relationship that will continue to grow and evolve. On the surface some might say that our two countries are polar opposites – one of the world’s biggest populations in the world compared to one of the smallest and most geographically isolated.

In addition to the many things we have in common, and against the contrasts, we also complement each other, and we have much to learn from each other.

Events like these help to further our relationships, and offer the opportunity to connect as people first, before we do business. They help us to, in a business context, discover how a market opportunity can be translated into a practical and profitable business relationship that can grow over time.

New Zealand companies know that India represents an enormous long-term opportunity and increasing numbers of them are dedicating the resources to begin the task of successful market entry. The truth is that it is all about India; we need to understand India’s “pull” and how a New Zealand business can fit in with India.

At present, our trade relationship is characterised by commodity products such as coal, logs, hides and skins, wool and dairy, but this is beginning to change, with technology and services increasing, along with higher-value food and beverage products such as lamb, chocolate and avocados.

By 2050, global agricultural production is required to increase by 70 percent to feed a population that will grow from seven to nine billion. Added to this is the emergence of middle classes around the world who are seeking to increase the amount of animal-based protein in their diet.

As well as being a producer of delicious, healthy and safe food that is popular with consumers around the world, New Zealand’s pastoral farming expertise and high quality food production systems make us a logical partner for countries and businesses looking for innovative systems and technology to meet these increasing demands. And we protect that reputation fiercely. We have one of the world’s strongest and most secure food safety systems, and as we have seen this week, we have the ability and the processes to move quickly and efficiently if that reputation is threatened.

While New Zealand is still a significant agricultural producer, we are emerging as a leading provider of agricultural technology solutions, including for countries that increasingly need to feed growing populations, and who are looking for solutions to maximise increases in productivity and profitability.

Increased trade is not just about more products being exported, it’s about an exchange of knowledge, expertise, technology and services, and investment.

Investment flows between India and New Zealand have, to date, been small. As you know many of the big Indian IT multinationals, including CMC, Tata Consulting Services, Mahindra Satyam, Wipro and Infosys, are present in New Zealand, and there is increasing recognition that New Zealand is a valuable source of innovation.

New Zealand welcomes international investment which can make a positive contribution through increased jobs, capital and access to export markets. New Zealand takes a very open stance to foreign investment. We understand the importance of ensuring that the overseas investment regime is as clear and transparent as possible.

As a small country, New Zealand depends heavily on international trade. Without it we will not have the strong economy and quality of life that we aspired to have.

Over the past three to four decades our trade profile has changed dramatically. Our trade has moved away from Europe to Asia, to the point last year that China became our largest trading partner.

Today, the middle class of Asia, of India, is emerging. New Zealand tends to sell what we do best to middle income and high-middle income consumers. In the past, they lived in Europe and North America and there we faced historically huge barriers and massive unfair subsidisation, until successful trade negotiations started to chip away at these trade barriers.

Analysis by the OECD suggests that a 10 percentage point increase in trade openness – the share of exports plus imports to GDP – lifts GDP per capita by 4 percent.

Improving access to international markets is a key focus for this Government, and is a key part of our Business Growth Agenda.

Ensuring that New Zealand is seen by overseas customers and investors as an innovative economy with dynamic businesses is important to us; it enhances our international competitiveness and strengthens our reputation as a partner of choice for companies, investors, governments and countries around the world.

New Zealand ranks second (behind Singapore) for ease of doing business (IFC–World Bank Doing Business 2014 report); we were voted second in the Forbes annual ranking of Best Countries for Business globally thanks to a transparent and stable business climate that encourages entrepreneurship; and we were named second least corrupt nation in the world by the Transparency International Corruption Perceptions Index (CPI) in 2014.

New Zealand’s trade relationships are critical to growing our economy, and we have steadily built a network of trade agreements, particularly in the Asia Pacific region, that have cemented and built valuable opportunities for our exporters and investors.

New Zealand’s Closer Economic Relations with Australia is now recognised as one of the world’s most successful economic integration agreements. From this we have built a web of bilateral agreements with ASEAN countries, China, Hong Kong, Taiwan, Chile, and South Korea.

New Zealand was the first developed country to sign an FTA with China and we have added to that success with agreements with Hong Kong and Taiwan.

And working with Singapore, Chile and Brunei, we built the first strategic trans-Pacific agreement – P4 – which provided the framework for the launch of TPP.

These agreements are extremely significant for New Zealand’s economy and our ability to trade.

These types of negotiations/processes take time and this FTA is proving no exception.

As many of you know, at the tail end of the previous Congress-led Government, progress slowed due to the impending election – and following the election of the new BJP-led Government under PM Modi progress was impacted by the new government undertaking its own internal ‘FTA review process’.

With that process largely completed it was pleasing that the Government of India reached out to us again and proposed that we continue this important endeavour. New Zealand welcomed that.

Following that development, the 10th Round of negotiations was recently held in New Delhi. The advice I have from officials involved in that process is that both sides approached those negotiations professionally and respectfully – but there is still a very significant gap which divides us. It is going to take real time and commitment to close that gap.

For New Zealand our bottom line is that the FTA needs to be genuinely trade liberalising. That is what we are aiming for – and at this stage we find ourselves still short on that front.

For New Zealand this FTA remains important. We remain committed to making it happen. But equally as Trade Minister Groser has said on earlier occasions we cannot force India to do an FTA with us. Our sense is that whilst India has an active economic reform agenda on its plate – and is actively taking measures to reform its economy – ‘trade policy’ as an instrument of reform does not yet seem central to the Government’s thinking. For that reason, making progress is difficult.

That said, New Zealand is patient – we will continue to work on this front but it may require some broader policy shifts within the India system (much broader than those simply pertaining to a NZ/India FTA) before we see the Government of India feeling comfortable entertaining the sorts of reforms/changes required by NZ to land this FTA.

Thank you for inviting me, and enjoy the rest of your summit. 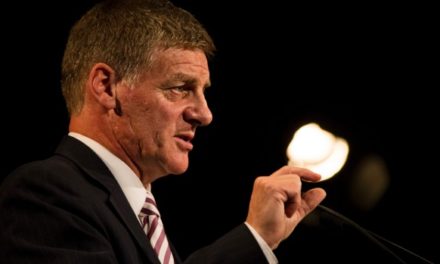