Alliance says TPPA would lock in a corporate power grab

The Alliance Party says the TransPacific Partnership Agreement (TPPA) could lock New Zealand into a future where economic and political decisions are made by and for a small elite.Alliance says TPPA would lock in a corporate power grab

The Alliance Party says the TransPacific Partnership Agreement (TPPA) could lock New Zealand into a future where economic and political decisions are made by and for a small elite.

Negotiators having been working on this trade deal since 2007 and met in Auckland this week to have another go at hammering out an agreement.

Alliance Party co-leader Kay Murray says we should not be so naïve as to imagine that anything good for New Zealanders will come out of the TPPA.

“This agreement has very little, if anything to do with trade.  It is a corporate power grab.”

Ms Murray says big multinational companies want to rig the game so that when they say “jump”, democratically elected governments have no choice but to say, “how high?”

She says that claims by Prime Minister John Key that he will not be a party to any agreement that blocks exports of our agricultural products, or undermines Pharmac, are laughable.

“The big US drug companies are advising on this agreement. They will not allow any conditions that would impinge on their profits. Likewise food production in the US is controlled a small number of large companies that will be just as keen to protect their profit margins.”

Ms Murray says the National Government will carry out the wishes of big multinational companies without question, change laws, and probably supply free limousines for their executives when they come to make their demands.

“The worst thing about the TPPA is that the agreement cannot be terminated, even if we vote in a new government.  Once we sign on the dotted line, it won’t matter what political party is in government, big multinational companies will be able to call the shots.”

The Alliance view is that New Zealand should look for ways to promote fair trade that benefits everyone.

Trade that sees workers in all countries paid a living wage, where good health and safety procedures are paramount, the environment is not harmed and democratically elected governments cannot be held to ransom by rampaging multinationals.

The Alliance has a simple message to both the National.and Labour parties.

“For the sake of future generations, please do not sign New Zealand up to the Trans Pacific Partnership Agreement.” 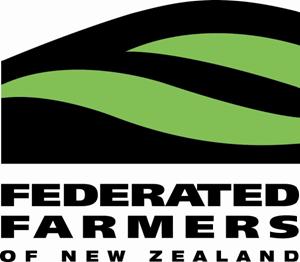