The governments negotiating the Trans-Pacific Partnership Agreement need to wave a white flag and agree to release the whole draft text, said University of Auckland Professor Jane Kelsey as another leaked chapter was posted on Wikileaks.16 January 2014

‘The governments negotiating the Trans-Pacific Partnership Agreement need to wave a white flag and agree to release the whole draft text’, said University of Auckland Professor Jane Kelsey as another leaked chapter was posted on Wikileaks.

There are two new leaked documents. One is a consolidated or chairs’ text of the environment chapter. The cover page says ministers asked the Canadian chair of the environment working group to prepare the text. It is dated 24 November 2013, the last day of the Salt Lake City round that preceded the December meeting of TPPA ministers in Singapore.

The second document is the Canadian chairs’ report that sums up the positions of the other countries, including New Zealand, on the proposed new text and shows what countries disagree with which provisions.

The environment chapter addresses a wide range of issues from overfishing, shark-finning and protecting endangered species to recognising indigenous rights over traditional knowledge and genetic resources.

Professor Kelsey describes the text as ‘weak and unenforceable, hardly the 21st century standard-setter the cheerleaders have been claiming for the TPPA. Most of the provisions are aspirational and it has no teeth to enforce what limited obligations there are’.

‘This confirms our expectations that the “gold standard” rules are only for the corporations, not to protect people and the planet.’

The leak also provides insights into how ministers are trying to break through the deadlock in key chapters, of which environment is one.

Professor Kelsey observes that ‘asking one country to prepare a new text “on their own responsibility” to present to the rest is a controversial strategy used at the World Trade Organisation to isolate countries that are holding outlier positions, even ones that are critically important for them’.

‘Ironically, the US is the sole standout on a number of issues, notably its demand that countries found to be breaching the environment chapter should face trade sanctions.’

The leaked text falls far short of the standards set in a May 2007 deal between President George W Bush and the Democrat-controlled Congress, which the US has required in all subsequent free trade pacts.

‘This poses a major problem for President Obama’, Kelsey said. ‘Last week the administration tabled a Bill in Congress seeking fast track negotiating authority for the TPPA and other agreements. It is already struggling for support. This environment chapter will strengthen opposition from many Democrats and force Obama to rely even more for support from hostile Republicans.’

In an overview analysis of the text Professor Kelsey observes that New Zealand opposes enforceable rules. New Zealand has not achieved effective disciplines on fisheries subsidiaries that are seen to contribute to overcapacity and overfishing. It also does not support proposals from Peru, Malaysia, Vietnam and Brunei that would give indigenous peoples stronger rights over traditional knowledge and genetic resources – in line with the recommendations of the Waitangi Tribunal’s WAI 262 report on traditional knowledge.

2014 and a year of change for Federated Farmers

Congressional Concerns about TPP and NZ 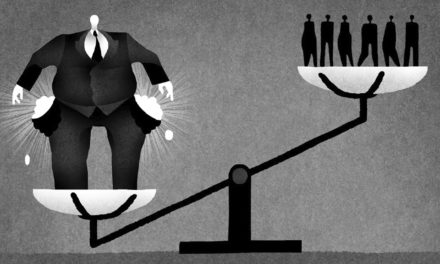