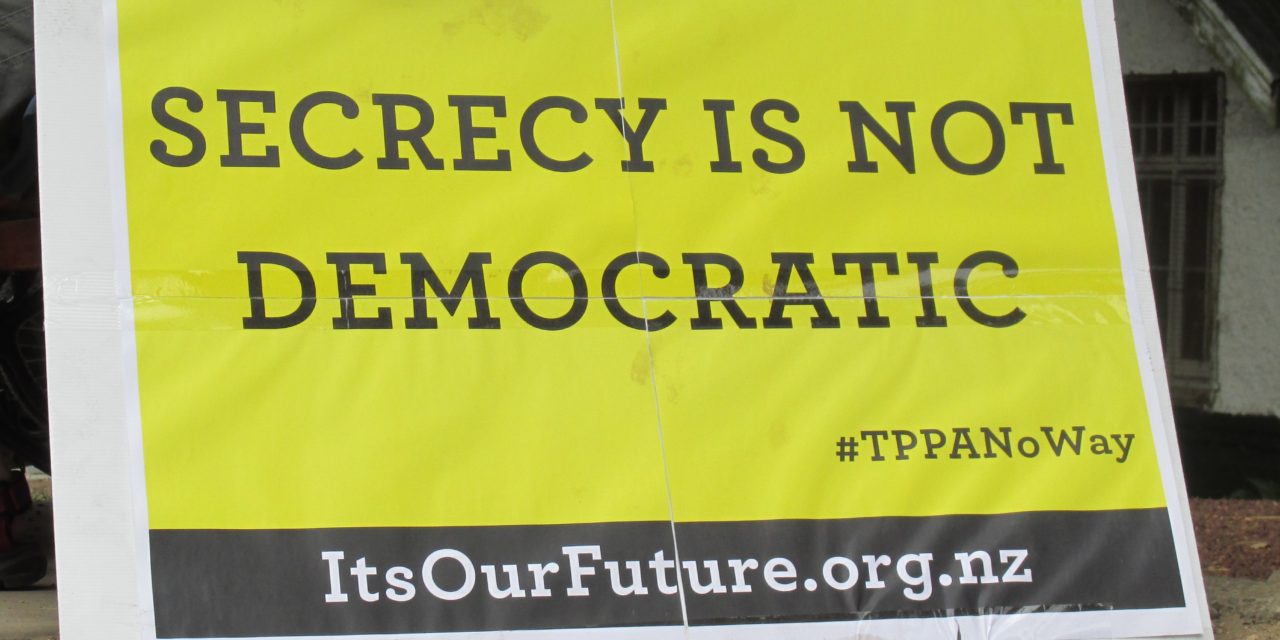 The Government should scrap the TPPA legislation and withdraw from the agreement, Democrats for Social Credit Deputy Leader and Finance Spokesperson, Chris Leitch told the select committee hearing submissions on the TPPA Amendment bill.
18 August 2016

The Government should scrap the TPPA legislation and withdraw from the agreement, Democrats for Social Credit Deputy Leader and Finance Spokesperson, Chris Leitch told the select committee hearing submissions on the TPPA Amendment bill.

Addressing the Foreign Affairs, Defence and Trade Select Committee today, Mr Leitch said the TPPA was masquerading as at trade agreement, but would result in a loss of sovereignty for New Zealand.

That is exactly what drove the recent Brexit vote in Britain where people became alarmed at the loss of sovereignty over their own decision-making.

The National government are proceeding with indecent haste in implementing changes to NZ’s laws when the TPPA has yet to be ratified by any of the major participants.

In the USA in particular, ratification is questionable given the opposition to the TPPA by the two major presidential contenders.

The Investor State Disputes Settlement process in the TPPA would effectively close the door to the ability of the government to use the central bank (Reserve Bank) to fund major investment in infrastructure projects and therefore boost jobs – a solution that was implemented by the NZ government following the 1930s depression.

If that course of action was implemented as recommended by 35 economists in a letter to the Britain’s Guardian newspaper last week, the four Aussie owned banks that have a stranglehold on New Zealand’s banking sector could sue taxpayers for billions in lost profits because of the reduction in their ability to create money out of thin air when they make loans.

The country is ignoring a growing body of international advice that infrastructure funding should come from the central bank (Reserve Bank) at no cost, so that ratepayers are not forced to carry the additional interest burden.

The government already pays 4.5 billion dollars in interest annually – $12 million per day, seven days per week, in a direct line of corporate welfare to banks and financial institutions that create the money it borrows out of thin air.

NZ must lift restrictions on access to TPP talks