National favoured to win, and could now govern with the support of existing coalition partners or New Zealand First Labour remains below 30% but could still govern with Green, NZ First, Maori, and Mana Party Maori Party now forecast to win 2 …IPREDICT LTD

• National favoured to win, and could now govern with the support of existing coalition partners or New Zealand First

• Labour remains below 30% but could still govern with Green, NZ First, Maori, and Mana Party

• Probability of surplus in 2014/15 improves marginally

National remains the favourite to win the 2014 election and could once again govern with the support of its current support partners, according to the combined wisdom of the more than 7000 registered traders on New Zealand’s online predictions market, iPredict. Although Maori Party Co-Leader Te Ururoa Flavell remains in a tight battle to retain his Waiariki seat, the Maori Party is now forecast to win 2 seats and would therefore be pivotal in forming the next Government, along with NZ First Leader Winston Peters. Despite the Labour Party sitting below 30%, Leader David Cunliffe could still form a government with the support of the Green, New Zealand First, Maori and Mana parties.

Inflationary expectations are broadly steady, with annual inflation still expected to remain around the Reserve Bank’s 2% target midpoint and within the 1-3% band. Annual inflation to the end of theMarch quarter is expected to be 1.6% (steady) and will rise to 1.8% in the June quarter (down from 1.9%), 1.8% in the September quarter (down from 1.9%) and 2.1% in the December quarter(steady).

New Zealand’s chances of being elected to the UN Security Council for 2015-16 have improved to 47% probability this week (up from 39% last week). The probability New Zealand will sign a Free Trade Agreement with South Korea before 1 December 2014 remains steady at 47%.

All current party leaders, except for Maori Party co-leader Tariana Turia, are strongly expected to remain in their roles until nomination day with at least 95% probability.

Of smaller parties, NZ First has continued its recent increases in support, and is expected to reach the 5% threshold under the MMP electoral system when parties’ likely support is adjusted to sum to 100%. Winston Peters’ party is now expected to win 5.41% of the party vote, up from 5.18% last week and 5.07% the week before.

The Conservative Party has recovered this week to 3.50% (up from 2.97% last week) but is still short of the 5% threshold required for parliamentary representation.

The Conservative Party now has just a 31% probability of winning at least one electorate seat (down from 33%). Its expected representation remains just 0.37 MPs.

UnitedFuture remains fairly secure, while support for the Act Party has slipped this week.

The Greens and NZ First continue not to be expected to win electorate seats.

The four other most marginal seats are Napier, Waimakariri, Rotorua and and Wairarapa. Labour’s support remains steady in Napier, where it has 67% probability of picking up the seat from National, and steady in Waimakariri where it has 71% probability of victory. National’s support in Rotorua has recovered this week following confirmation that Labour will stand former television presenter Tamati Coffey, with National forecast to hold the electorate with 73% probability (up from 69% last week).

Under this scenario, the current National/Maori Party/Act/UnitedFuture governing arrangement would again be in a position to form a government with 61 seats. National could also govern with the support of NZ First, either through a coalition (63 seats) or through a confidence and supply arrangement. A Labour-led government would also be possible, however would require the support of the Green, NZ First, Mana and Maori parties (61 seats). The Maori Party and NZ First would therefore be pivotal in forming the next Government.

Overall, National has a 74% probability of leading the next government, down marginally from 76% last week, 73% the week before and 72% three weeks ago.

Grant Robertson’s chances of succeeding Mr Cunliffe have slipped slightly to 52%, down from 55% last week. Shane Jones remains second favourite with 20% probability (steady). Support for both Jacinda Ardern and Andrew Little remains unchanged, and they have 11% and 9% respectively.

Labour’s chances of winning the 2017 election have slipped this week, with a 50% probability they will be successful (down from 55% last week).

iPredict Ltd is owned by Victoria University of Wellington. Details on the company and its stocks can be found at www.ipredict.co.nz. The weekly political update is prepared by Exceltium Ltd on a pro bono basis and is based on a snapshot taken at a random time each week. This week’s was taken at 08.51 am today. 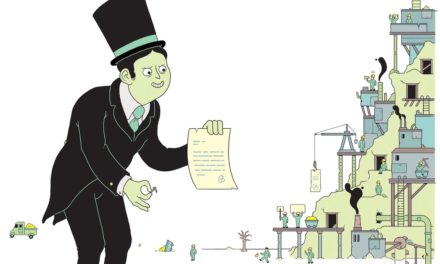