Dairy product prices have fallen for five of six auctions on the GlobalDairyTrade platform this year, as the European Union signals it will underpin production even in the face of global oversupply, and amid continuing Russian import bans and weaker demand from China following a build-up of inventories. Prices have remained lower for longer than expected, putting pressure on dairy farmer incomes, dairy debt levels and spending in rural communities. Key told the Platinum Primary Producers annual conference in Wellington that he was confident prices would rebound on Asian demand.

“I understand dairy is weak at the moment,” Key said, however, he said the factors behind the lower prices were “temporary”.

Key said he was confident agriculture would remain the “lynchpin” of the New Zealand economy, even as it diversified with tourism having overtaken dairy as the country’s largest export earner.

He said the government was focusing on removing blockages which prevented agricultural producers from getting their products into overseas markets.

In a few weeks time, New Zealand officials are heading back to China to renegotiate the free-trade agreement with Asia’s largest economy struck in 1998, which sparked a surge in the country’s commodity exports for products such as milk powder, logs and meat, which he said was “a massive opportunity”.

“It works very well for us, but actually, we have outperformed it so well that we want to get even better access,” he said.

One of the issues up for negotiation will be the removal of special safeguards that apply to exports to China of New Zealand agricultural products, but which do not apply to Australian exports under the year-old Australia-China FTA. Under most favoured nation clauses in the NZ-China agreement, both countries are entitled to improve the terms of the agreement to the standards applied to subsequent agreements with other nations.

Key told the conference New Zealand was also keen to get access for the country’s chilled products.

New Zealand exported $1.21 billion of meat to China in 2015, however, current restrictions allow only frozen products to be shipped, limiting the potential for sales of higher value chilled meat to a growing middle class seeking more westernised food at restaurants, hotels and supermarkets. The Meat Industry Association has said gaining access for chilled meat exports would open up an “enormous” potential market for the country’s $6.83 billion meat export industry.

Key also reiterated that other countries such as China and Korea were likely to join the Trans-Pacific Partnership agreement which it is ratified by the current 12 signatory countries.

“Other countries are going to line up and join TPP,” he said. “It’s definitely my view almost certainly China will join, I think it’s highly likely that you will see Korea join, I think you will just continue to see others joining it in that phase so TPP is going to get bigger.”

New Zealand is also keen to get better access to the fast-growing Indian market, which Key said had “absolutely zero chance” of succeeding in its aim to become food self-sufficient because it didn’t have the capability. 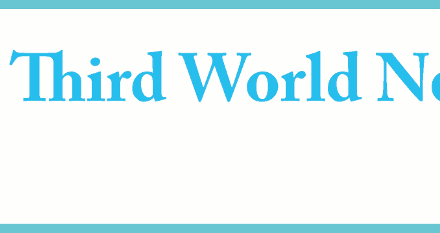