Look beyond Kim Dotcom: Key’s Hollywood romance is about the TPP

The focus on the Kim Dotcom saga misses the deeper significance of Prime Minister John Key’s trip to Hollywood, said Professor Jane Kelsey from the University of Auckland.

“The entertainment industry is the principal driver of US demands for radical new intellectual property protections in the Trans-Pacific Partnership Agreement, currently under negotiation,” Jane Kelsey said.

The next round of TPPA talks is in New Zealand in early December and (secret) new US proposals are expected to be on the table.

The intellectual property negotiators from the US Trade Representative’s Office are currently in Wellington putting pressure on the government to stop resisting the US demands and agree to its new text.

Hollywood is driving the US push for unprecedented extensions to intellectual property rights, carrying with them the further criminalization for breaches and massive cost increases for everyday Internet users. It also wants a ban on parallel imports.

The DotCom saga shows how far the US government will go to secure the commercial interests of the industry.

“The Hobbit saga was a forerunner of things to come if a proposed Trans-Pacific Partnership treaty is agreed and the US has its way”, said Professor Kelsey.

“Two years ago the mere threat to shift production of the Hobbit elsewhere was enough cause for the government to strip kiwi workers of their rights and protections under New Zealand law.”

Professor Kelsey predicts “the chilling effect would see the Hobbit saga pale into insignificance. This Prime Minister has shown a penchant for backroom deals. His current trip to the Hollywood studios no simple photo opportunity; it will be a time of intense lobbying by Hollywood to sell us down the river”.

Stop the Secrecy around the Trade Negotiations 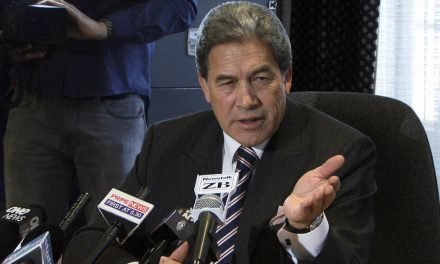 National: Backing a Loser with TPPA