A second rate deal on dairy in the TPP would totally contradict the agreed purpose of the Pacific trade agreement, Labour’s Trade spokesperson, Phil Goff says.

“Both the origin of the trade negotiations and leaders’ statements on its objectives emphasise that the TPP was to be a high quality and comprehensive agreement.

“It is really important that this goal not be traded off to the detriment of New Zealand in the US-Japan bilateral talks.

“Japan was admitted to the negotiations on the basis of its agreement that the outcome of the negotiations would be high quality. If it can’t meet that standard then it should opt out of the talks.

“Dairy is New Zealand’s most import export product, which is why, in the Chinese and Asean Free Trade Agreements negotiated when I was Trade Minister, a condition was set that tariffs on all our major exports be phased out completely over time.

“Leaving tariffs on New Zealand agricultural exports is the equivalent of the agreement allowing trade barriers on a major Japanese export such as cars.

“A decision to leave barriers to trade in agriculture would be one-sided and unacceptable.

“Tim Groser must absolutely oppose any weakening of what has been the bottom line in New Zealand’s negotiating position.

“He must also reassure New Zealanders that our bottom lines in our defensive negotiating positions are protected.

“That includes preserving our sovereign right to legislation to protect the public good in areas such as health and the environment. The Minister should additionally be joining with others to exclude from the TPP, a product like tobacco that that kills a large proportion of those who use it,” Phil Goff said.

NZ must lift restrictions on access to TPP talks 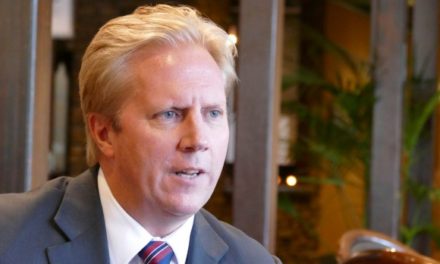 Labour confirms it is no longer pro free trade