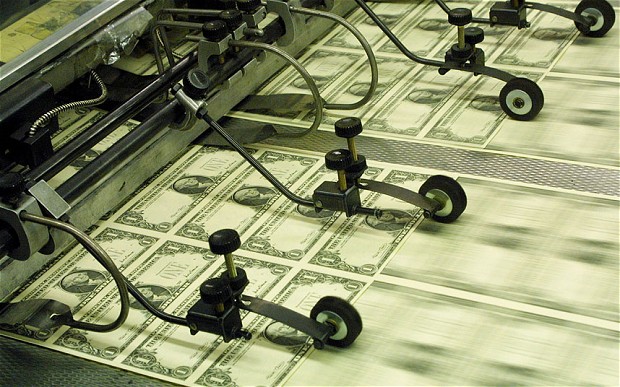 Shortly after the 1987 election, as a new Associate Minister of Finance Roger Douglas asked me to take over the day to day responsibility for inflation, monetary policy and the Government owned financial institutions. Roger Douglas, the Finance Minister, …Peter Neilson an Inflation Targeting Pioneer Says it is Time for Central Banks to Phase Out Quantitative Easing and Super Low Interest Rates and For the Politicians to Start Leading Again on Economic Policy

(An extract from a Speech Peter Neilson, an Economist and Minister in the Lange/Palmer/Moore Government will deliver to the Economist’s Association Conference Dinner to be held in the Maritime Room, Princes Wharf, Auckland this evening at 8.30pm.)

Shortly after the 1987 election, as a new Associate Minister of Finance Roger Douglas asked me to take over the day to day responsibility for inflation, monetary policy and the Government owned financial institutions. Roger Douglas, the Finance Minister, was concerned about the then high level of inflation and with the slow progress being made by Reserve Bank and Treasury officials on the future framework for managing down inflation expectations. To appreciate the size of the task you need to know that when I took on those roles New Zealand’s annual inflation rate was touching 17%.

Also, we didn’t know the 1987 Share Market Crash would arrive in a few weeks, creating major issues for most of the Crown’s financial institutions. They were already making a sometimes painful adjustment to a deregulated financial market.

I quickly read all I could on inflation and monetary policy to get my head around the issues and options. I had thought about the inflation policy problem earlier and had discarded hope that either comprehensive indexation or an incomes policy might fix it. I wanted a solution that would be robust under a range of Governments and would achieve the best results with the smallest number of changes. To help keep my Labour colleagues on side I decided that elected politicians should set the monetary policy inflation target to maintain democratic control of economic policy but that the Reserve Bank Governor would have operational independence under a contract with the Minister of Finance. The initial target was for 0-2% inflation, recognising the imperfections in how inflation was measured but also setting it low enough to show resolve, help lower expectations of inflation and ensure accountability was transparent.

By putting a few policy pegs in the ground I was able to help the officials to narrow their differences, make progress and focus on the details of implementation. There were deep divisions between the Reserve Bank officials who favoured flexible inflation targeting and those at Treasury who wanted a policy targeted on keeping money supply growth in line with the growth of nominal GDP under low and stable inflation. I decided the Treasury approach was unlikely to anchor in lower inflationary expectations any time soon when the monetary aggregates were growing erratically due to the re-intermediation of the financial sector following the removal of controls. As a former economic forecaster I also knew the difficulties of reliably forecasting nominal GDP growth or any other policy target.

With a “straw man” of a plan in my head I visited a number of monetary policy gurus to challenge my initial thinking about how the inflation targeting approach might work. I can recall visiting Professor Charles Goodhart at the LSE with Arthur Grimes to have my thinking challenged. I also visited a Professor White in New York who was the leading scholar of the Free Banking School, those who do not see a need for government central bank. After outlining the model we were considering he declared we seemed to have come to the right conclusions after asking the right questions. I had gone looking for a challenging argument and all I got was agreement.

Flexible inflation targeting was pioneered in New Zealand and soon became the model for many developed economies. It was effective in helping to bring down inflation expectations and in reducing both inflation rates and inflation volatility. Unfortunately its early success persuaded many central bankers that they were now Superman. After the Global Financial Crisis and the subsequent collapse of inflation rates, central banks took to quantitative easing initially to provide liquidity and more recently to try and lift inflation, investment and consumer spending. These efforts have largely been in vain. Sustained very low interest rates have not lifted economic growth or investment in new productive capacity but have produced asset bubbles. In my view using inflation targeting to try and raise inflation rate from very low or even negative rates is likely to fail. Central Banks which have successfully slain high inflation and have credibility for doing so built up over 25 years , totally lack credibility as inflation boosters. There have been no riots in the streets because inflation is below the target range. The public actually quite likes low and stable inflation. The Taylor Rule would imply that to use monetary policy to raise very low or negative inflation to 2-3% would require negative interest rates in a similar range. If such highly negative interest rates did flow into deposit rates then there would be savers rioting in the street or investing in equities or real estate to achieve a positive yield from asset appreciation. The last thing we need now is even bigger asset price bubbles. If interest rates were to normalise from the current artificially low levels then we would quickly find that bonds, equities and real estate are all at present overvalued in most of the major economies.

Such a collapse in wealth would create a very deep and sustained recession.

We need to now address both low real income growth as well as concerns about increased inequality.

I suspect that Thomas Piketty is correct and that there is tendency in mature economies toward greater inequality when the return on capital exceeds the growth rate of an economy. I do disagree however with his remedy of a global capital or wealth tax. It only requires one stable state to not join that parade for it to fail. A far better solution would be to democratise the ownership of capital so that more people can share in the higher returns from invested capital. In New Zealand we have traditionally achieved that by having wide access to home ownership. Widening coverage of KiwiSaver and steadily lifting the level of contributions is the most promising way to achieve this.

So how do we get out of this world wide mess?

At the very point where our politicians are failing to lead or explain we need a co-ordinated international response to lift growth rates, demand and incomes. Politicians need to stop being mere commentators on central bank policies and start leading, moving away from the politics of austerity to policies for growth.

The major economies need to co-ordinate on a reform package aimed at boosting both productivity and incomes particularly for those who currently feel they are the victims not the victors of globalisation.

Such a reform package would include

Agreeing to make real progress on ensuring all economic income is taxed and appropriately shared across borders so tax revenue leakage, which undermines the capacity of nation states to fund core social services is stopped

Cutting the remaining trade barriers to enable more counties to participate in the opportunities that come from increased imports and exports.

Sharing the burden and opportunities from migration as well as addressing the underlying causes of the refugee crisis in Europe.

There will be those who will say this is a very ambitious agenda but I would say the alternative is continued stagnation and social alienation.

Eight years on from the Global Financial Crisis we still do not have a return to sustainable growth.

We cannot afford to sit back and hope someone else can fix it.

It has been said that history does not repeat but it does rhyme.

In the 1930’s the failure of the centre of politics and their advisers to adequately address the economic crisis saw the rise of the extremes of the right and left which eventually led to a world war.

Around the world, in the USA, and in Europe we are seeing slogans replacing thinking and explanations in the public discussions on the issues of the day.

When I graduated, the mantra was that the role of the economist was to tell the Truth to Power.

Giving evidence based advice that extended the options available so that politicians could better serve their constituents.

In the words of John Kenneth Galbraith, politics is not the art of the possible. It consists of choosing between the disastrous and the unpalatable.

One of his most famous speeches was entitled Power and the Useful Economist.

The best role today for politicians and economists is to also tell the truth to the powerless, the people who currently see themselves as the victims not the victors of globalisation. My own children have enjoyed a good education and will be the beneficiaries of a much more diverse and vibrant New Zealand economy from increased globalisation and more open immigration. They have the skills and opportunities to fully participate in the global economy. For those without skills or a good education, who may not have had a real wage increase in five years, whose children go to overcrowded classrooms sometimes taught by ineffective teachers, who fear that health services will be not there when are needed, and if they are burgled nobody cares, want to know how they can benefit from globalisation. When their children find it difficult to get an entry level job at the minimum wage they need to understand that their enemy is not the recent migrant or student arrival equally trying to get ahead. Well designed policies can help make their future look far better but it requires politicians and economists to begin talking in a language the broader public can understand with the conversations directed at the issues the public have the most concerns about such as jobs, immigration, housing and how their future can be made more secure. We should be embarrassed that the most influential critique of the TPP negotiations was provided by a law professor rather than by an economist or politician.

The great economists of the past all made a point of writing not just for other economists but also for the lay public. I remain optimistic economists can help make the world a better place but the politicians also have to start leading again on economic policy and in explaining the need for reform.

Opinion Polls Show PM Out Of Touch With Public on TPPA