‘Governments often wheel out fantastic projections of an El Dorado to rescue agreements that are withering under intense scrutiny. But $3.5 billion was almost double the figures in previous studies on the TPPA, which themselves used implausible assumptions on the upside and ignored all the potential costs’, according to Professor Kelsey.

‘As the next round of negotiations begin in Singapore today, it is time to debunk his claims’.

An Official Information Act request revealed the Prime Minister was citing an unpublished econometric study in November 2012 by the Washington-based Peterson Institute for International Economics that updated earlier versions published by the East West Centre.

Professor Kelsey says ‘the assumptions that underpin the report’s computerised modelling belong on an alien planet’.

It assumes that all eleven countries – including the US – will agree to comprehensive liberalisation, including zero tariffs and all ‘non tariff barriers’ will be removed. Workers who lose their jobs will simply move on to new ones. The entire deal will be tied up by 2013 and approved by national parliaments and implemented immediately – and by Korea and Japan from 2015.

The report ignores any real world downsides – losing part or all of the $5 billion savings from Pharmac over 12 years, the stifling of innovation through extreme US monopoly rights over intellectual property, the economic and social costs of light-handed regulation, legal fees and compensation awards from investment arbitration suits brought by US firms, to name a few.

A review of the report for US consumer group Public Citizen drew similar conclusions: ‘The Institute continues a stalwart tradition of using assumptions-laden computer models to project starry-eyed gains from nearly every NAFTA-style deal it sees. The frequency of those rose-colored projections is matched by the frequency with which they’ve been wrong.’

The best-case scenario, even if all this came true, would benefit every US citizen by 27 cents a day, minus the associated costs. It predicts that ‘a study that uses a computerized model and palette of assumptions to paint a pretty TPP picture will not cause people to forget NAFTA’s nearly two decades of declining wages, rising inequality, and eroding health and environmental standards. Even if the Institute’s picture were more realist than romantic, such costs simply aren’t worth an extra quarter a day.’

Professor Kelsey warned that the stakes in this negotiation are too high to let such hyperbolic projections go unchallenged.

‘If the government is genuinely convinced of the merits of the TPPA, the negotiations have now reached a stage where it can seek and provide independent, credible and comprehensive cost benefit analyses based on various scenarios and open them for public scrutiny and debate.’ 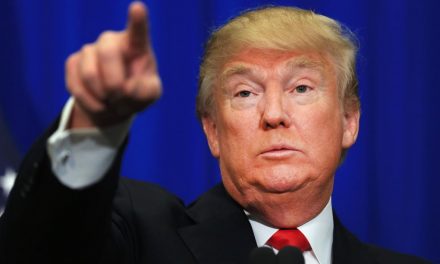 The Flagging TPPA: The US Election and Free Trade Politics