It’s appalling that the environment chapter of the Trans-Pacific Partnership Agreement (TPPA) does not explicitly cite climate change, the biggest threat to our global wellbeing, said the Green Party today.TPPA fails to acknowledge climate change

It’s appalling that the environment chapter of the Trans-Pacific Partnership Agreement (TPPA) does not explicitly cite climate change, the biggest threat to our global wellbeing, said the Green Party today.

“Climate change is the biggest threat facing humanity, yet there is no mention of it in a trade deal that affects 40 percent of the world’s economy,” said Green Party trade spokesperson, Kennedy Graham.

“The TPPA has been touted as the most important trade agreement of the modern age, so it is inexcusable the Government plans to sign an agreement that doesn’t even mention climate change.

“Article 20 talks vaguely about the Parties cooperating in a transition to a low-emissions and resilient economy without saying why or how urgent that transition must be. The text implies that this is an option Parties can consider as they expand trade, not an imperative within which trade policy must be managed.

“Trade and climate are interlinked, whether the National Government likes it or not, so it is crucial a trade agreement deals with the implications it will have on climate change. The Minister, Tim Groser, carries both hats, yet he cannot see the interrelationship.

“Given the weak emissions reduction target New Zealand is taking to Paris, it is not surprising the Government has agreed to a deal that does not properly take into account the environment.

“As we go through the text of the TPPA, this is one of the things the public will want to submit on which is why the Foreign Affairs and Trade Select Committee must travel to all major centres throughout New Zealand to hear from interested people,” said Dr Graham. 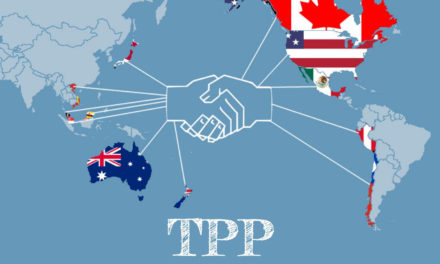