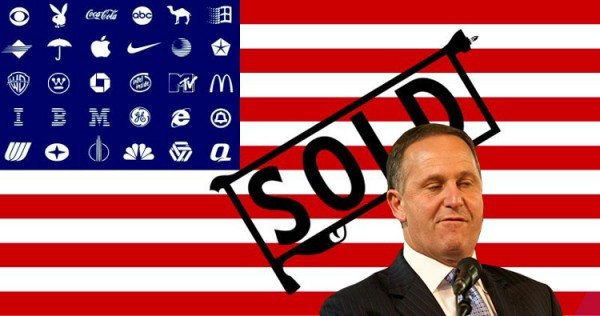 The Parliamentary Inquiry into the Trans-Pacific Partnership Agreement (TPPA) has concluded with strong opposition expressed by Labour, the Green Party and NZ First.What’s the Rush? Halt the TPPA Ratification process

The Parliamentary Inquiry into the Trans-Pacific Partnership Agreement (TPPA) has concluded with strong opposition expressed by Labour, the Green Party and NZ First.

It’s Our Future – Kiwis Against the TPPA spokesperson, Barry Coates, commented: “There is no a sufficient basis of support for a responsible government to move ahead with ratification of the TPPA. Not only do the main opposition parties oppose ratification of the TPPA, so does the New Zealand public according to public opinion polls.”

The Foreign Affairs Defence and Trade Select Committee released its report into the TPPA yesterday after a huge response to the Inquiry. There were 6351 written submissions and 255 individuals or groups gave oral evidence, the vast majority against the TPPA.

The opposition parties criticised key elements of the TPPA, including the inclusion of an Investor-State Dispute Settlement mechanism that would allow foreign corporations to sue the New Zealand government in an international tribunal, and the undermining of the government’s right to regulate in the public interest. They noted that New Zealand would be giving up significant sovereignty and protection of important rights for the public in exchange for a very small amount of economic benefit, if any.

Barry Coates commented: “The reports from opposition political parties are damning. It is time the government stopped trying to sell a bad deal and started listening. Public opinion polls show that that the New Zealand public do not want the TPPA. It would be deeply undemocratic if the government continued with the TPPA which would remove democratic rights for future governments”

Barry Coates questioned the undermining of democratic process, highlighted by the three opposition parties in their reports on the TPPA: “The arrogant disregard for democratic process shown in six years of secretive negotiations has continued. The government-controlled Select Committee ignored calls for more time for the large number of submitters to respond to over 6000 pages of complex legal text. The timing of the report was brought from the end of May to yesterday, allowing only three days from the end of hearings. This shows disrespect for democracy and the submissions process.”

Barry Coates concluded: “What’s the rush? It appears that the government is looking to change New Zealand legislation at a time when it is clear that the TPPA may never be ratified by enough countries to bring it into force. It is time to call a halt to the ratification process.”

Shanghai Pexquin could have done with a little PR

New Zealand to host next round of TPP negotiations