Have your say on the RCEP – Public Meeting Auckland 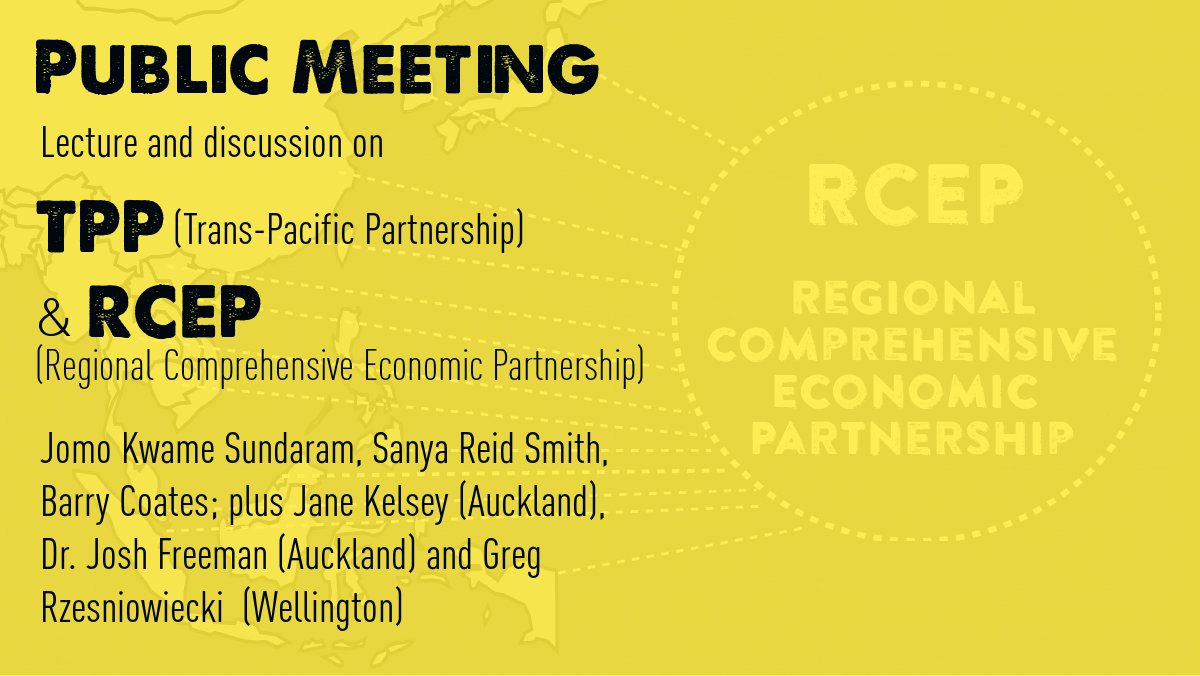 The Regional Comprehensive Economic Partnership (RCEP) is the next trade agreement in the queue.

Negotiators from New Zealand, Japan and Australia are trying to insert TPPA provisions into the RCEP agreement. Fortunately this is being resisted by India and some ASEAN governments. New Zealand will host the 13th round of the RCEP trade negotiations in Auckland from 12-18 June 2016 at Sky City.

There will be a stakeholder consultation on Tuesday 14 June at 3pm for general issues and 5.30pm for NZ issues.

speakers in Auckland and Wellington

Jomo Kwame Sundaram, Sanya Reid Smith, Barry Coates; plus Jane Kelsey (Auckland), Dr. Josh Freeman (Auckland) and Greg Rzesniowiecki (Wellington).
The TPPA is being steamrolled through Parliament against the wishes of the majority of New Zealanders, but it is in deep trouble in the US and other countries. It may never be ratified and may never come into force.

We need to keep up the pressure.

The RCEP, led by China contains many of the same dangerous provisions as the TPPA. It is still in negotiation and the next round of talks is being held in Auckland on 12-18 June. If the TPPA doesn’t go through, it will be the RCEP that sets the rules for trade and investment, and for New Zealand’s laws and democratic rights.

Like the TPPA, the RCEP negotiations are shrouded in secrecy. We need to know what the New Zealand government is saying on our behalf. We need transparency.