TISA is a radical extension of the General Agreement on Trade in Services (GATS). It  binds countries to a neoliberal regime for services.

The Trade in Services Agreement (“TiSA”) is a proposed agreement to roll back regulation of international trade in services.  There are 23 countries involved in the negotiations, the most significant being the EU (who negotiate as a single bloc) and the US.

While TiSA is a narrower agreement than the TPPA (it doesn’t deal with border tariffs on goods and it doesn’t include some of the worst parts of the TPPA like Investor State Dispute Resolution) if it is agreed to, it will have a big effect on New Zealand’s ability both to regulate in the public interest and to support local organisations to provide service to the New Zealand public.

In a nutshell, the idea of TiSA is to make it easier for service providers (such banks, insurance companies, internet service provider, freight companies and healthcare providers) to sell their services to consumers in another country.  This would be done by stripping away regulations and other practices which get in the way of corporate profits.

This deregulation would then by locked in by the TiSA agreement so that future governments are bound to protect corporate interests rather than the public good.  One of the areas which TiSA would have a huge impact on is the regulation of financial services.  The leaked text shows the US and EU, which pushed financial services liberalisation in the WTO, are the most active in the financial services negotiations on TISA.  The third most active participant is the renowned tax haven of Panama.  The clauses which have been tavled in the agreement are designed to ‘discipline’ governments attempting to regulate cross-border financial transactions.  Under these rules, member countries would be punished for attempting to do the following things:

A cover sheet within the leaked TiSA documents reveals that the text will not be declassified until 5 years after the TISA comes into force or the negotiations are otherwise closed. 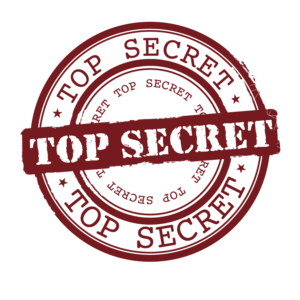 The Vienna Convention on the Law of Treaties recognizes  background documents (travaux preparatoires) are essential for interpreting legal texts. But these are also being kept secret.

This secrecy makes it impossible for policy-makers, regulators, non-government supervisory agencies, opposition political parties, financial services firms, academics and other commentators to understand the intended meaning or apply the text with confidence.

A good summary of what TISA represents is available on the www.bilaterals.org website: Ten things you need to know about TiSA.  Updated information about TiSA is also available.

TiSA was rumoured to be close to completion in late 2016.  However, with Donald Trump coming into power in the United States, the negotiations appear to have stalled.  No further TiSA negotiating rounds are expected in 2017.